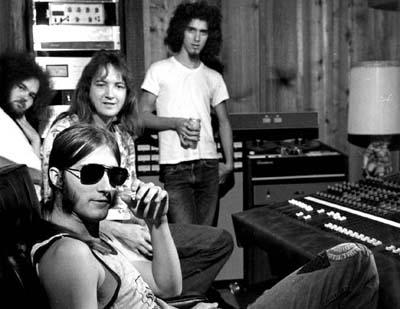 And here are some rock stars… from the band Estus, a Clive Davis / CBS Records band.
This is Tom Nicholas, his drummer Rocky, and his brother James Nicholas. Not pictured is a third brother, bass player John Nicholas, who also played with It’s a Beautiful Day… roadie JoJo looks on.