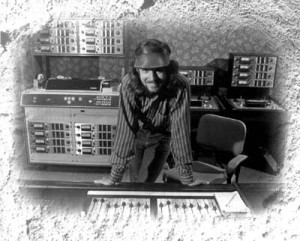 I started out as a rock’n’roll sound engineer at Cavern Sound, Kansas City’s first 16-track recording studio (remember analog tape?). Some of the artists recorded were Danny Cox, Brewer and Shipley, James Brown and Groucho Marx. I also freelanced for the Record Plant-Sausalito 16-track truck, recording dozens of shows at the Cowtown Ballroom.

Denver Sound, Applewood Studios and Caribou Ranch were my next stops. While in Colorado, I worked with acts like Nitty Gritty Dirt Band, Doug Kershaw, John Hartford and Jerry Jeff Walker’s band The Lost Gonzos.

From there, I moved on to Sound Recorders in Omaha. My engineering credits in Nebraska included the Kris Kristofferson / Ali McGraw movie “Convoy” with C.W.McCall, and “Fresh Aire” with Chip Davis. Omaha saw my first exposure to ad agency work. I learned that a VO was not a whiskey-drink, and that a needledrop was not hard-core drug related.

I returned to Kansas City in 1980 to build and manage Sound Recorders’ new studios on State Line, in the same building where Substation K is now located. After that gig ended in the mid eighties, I started my own studio across the street, Wheeler Audio Associates. That operation continues to this day, with a new crew and new facility. Gone are the days of working in dimly-lit studios with dungeon-like atmosphere — or caves. It’s great to be in the daylight.

Hobbies include scuba diving, motorcycling and rock’n’roll in combination with digital photography.

Check out my personal website to see pictures of my scuba diving, and motorcycling adventures!

I have mentored or employed several members of KC’s pro-audio community. Sound has been my passion for some time now, but never more strongly than today. Cool staff… cool digs… cool tools … life is good! 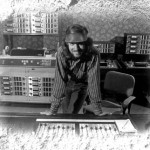 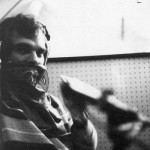 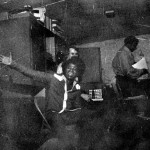 James Brown – King of Soul I was second-engineer for this session, at Cavern Sound. Note the limestone cave walls. 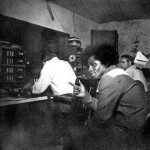 “That bass sure sounds funky off them rocks.” – James Brown 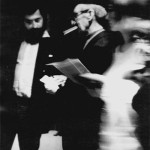 Groucho Marx – this was his first public performance in 30 years. Here he’s reviewing material with Phil Ramone, A&M Records producer, escorted by Erin Fleming – Groucho’s personal ‘assistant.’ I engineered this remote recording session at Ames, IA, one week before Groucho played Carneggie Hall. Some of the schtick from the Ames show made it onto the vinyl release. 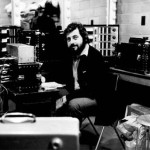 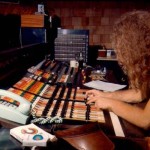 I ‘seconded’ for Jeff Glixman, producer of the band Kansas. 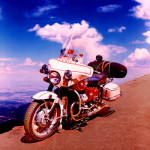 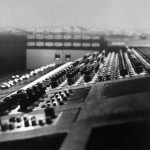 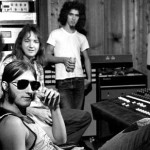 And here are some rock stars… from the band Estus, a Clive Davis / CBS Records band. This is Tom Nicholas, his drummer Rocky, and his brother James Nicholas. Not pictured is a third brother, bass player John Nicholas, who also played with It’s a Beautiful Day… roadie JoJo looks on. 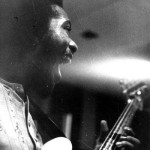 Another artist, Girard, gets some bass lines laid in. Dik Darnell produced that stuff. 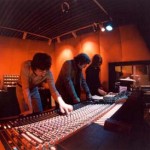 After Denver, I rolled into the Big Ohhh – Omaha, that is. Here I am in Sound Recorders studio A, doing what else, pushing buttons. 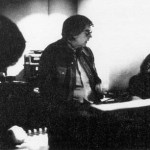 C.W.McCall – aka. Bill Fries – confers with composer Chip Davis – now with Mannheim Steamroller – American Gramaphone. This was during the scoring of the film “Convoy”, that lo-rent Sam Peckinpaw, Kris Kristofferson, Ali McGraw, Ernest Borgnine feature-film about 18-wheelers and CB radios. Don Sears looks on. Note: it was Bill Fries and Chip Davis who gave me my handle – Wheels – and it’s been with me ever since. 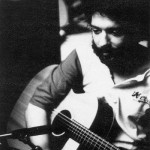 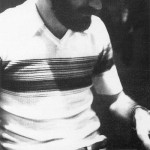 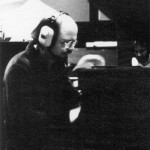 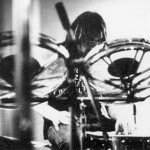 Chip Davis behind the traps – he always said, “They are a trap, too.” 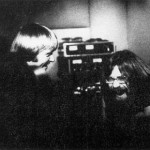